I have a number of people to thank.

Yesterday started out pretty standard. I got the children off to school. As I said goodbye to Billy, there were some children walking past on their way to school. Billy was in a great mood and I giggled as I watched his head go way too fast for his body, so that he could get to his bus and be on his way.

My smile was large and I beamed with pride. The school children were watching and seemed unsure how to react, but soon flashed half smiles at me while I giggled and tried to keep up with Billy.

I understand their hesitation. My son Billy’s differences are also physical. He was born with Craniosynostosis which affected the shape of his head and forehead. Although the surgery he had on his skull at five months old, improved his asymmetrical appearance, he still looks different.

I almost forget that Billy is different to other children.

I didn’t always feel this way. When Billy was very young, I struggled with accepting his appearance. I was so heartbroken that my baby may encounter the evil in the world, and spent some time chasing information on how it could be improved.

Then, as time went on, Billy’s appearance didn’t matter to me anymore. Actually I had strong feelings about not changing his appearance. I mean who was I to make that decision and who was society to say he wasn’t good enough because of how he looked. I will never put Billy through anymore that he needs to endure to be accepted in society.

Besides I love Billy exactly as he is.

Billy is non-verbal and has severe autism so he is different, but when we are at home in our love bubble, Billy is Billy. He is loving, he can be cheeky and a complete rat bag at times, he likes computers, he is a meat eater (and fussy) and he is very funny.

To his family Billy is our son, brother, nephew, grandson and cousin. He is not different, autistic or disabled. He has those things, like my daughter has skinny legs, sensitive hearing and a mouth that never stops talking.

Yesterday my standard day turned into an emotional rollercoaster. I was introduced to the evil I once feared. I felt the heartbreak of the early days all over again which made me feel defeated in how far we had come.

A page on Facebook, Moms Against Autistic Children was brought to my attention. It was disgusting to say the least and didn’t look like it was going away.  I wondered if I was blind. Had I convinced myself that the human race was educated and caring enough to accept my son’s differences?  I was on a personal mission to believe the latter again.

It didn’t take long for my faith to be restored thanks to a bunch of beautiful, amazing people who banded together to have the page removed.  My heart, actually all the hearts of special needs parents, was once again filled with warmth.

I will never be able to express the gratitude I felt for those people as they not only voiced their opinion, but took real action and helped have that page removed.

You may also like Special Needs Friendships, Billy as a real friend

Discover the tools to make your life as a Carer easier. 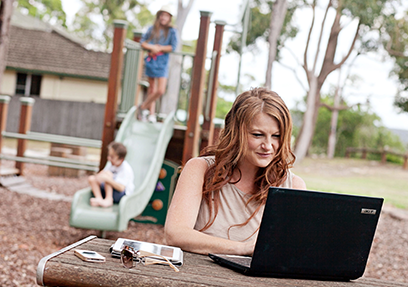